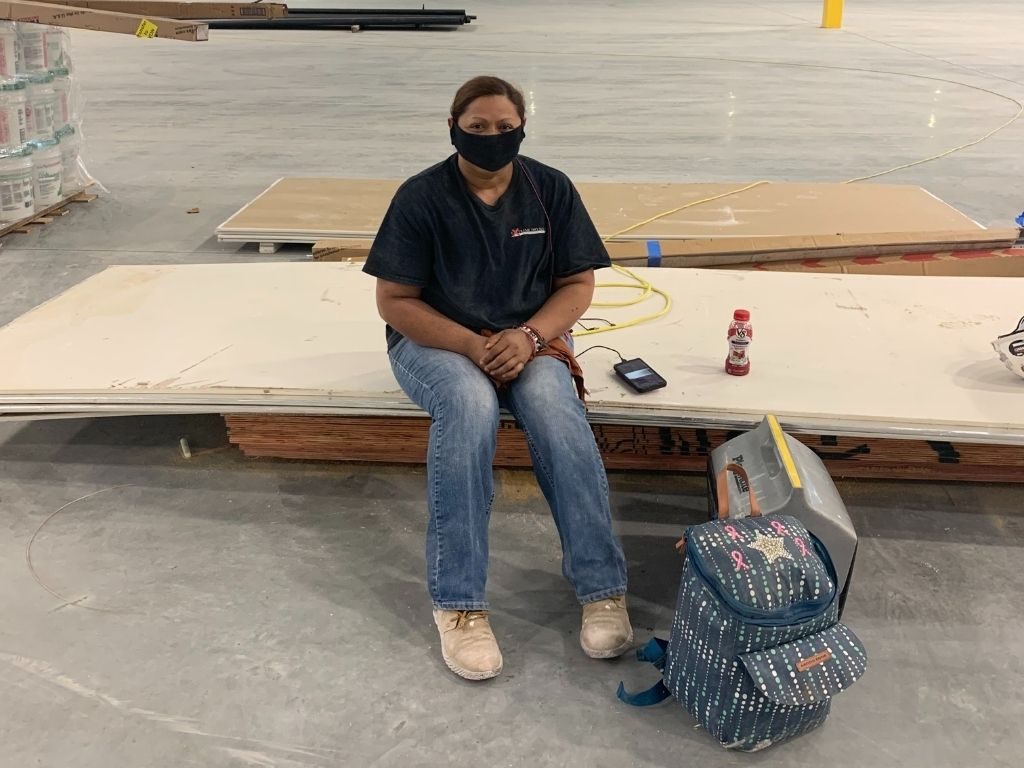 Jessica is a drywaller with X-Treme Drywall out of New Bedford, MA. Jessica came to the United States 21 years ago from Acapulco, Mexico. She started working as a housekeeper and after three years. After three years, following her legalization as a US citizen, she opted for a more challenging career.

She discovered an advertisement in the newspaper and decided that drywall work was meant for her. As a perfectionist, the need for perfection in drywall appealed to her. When asked if she was interested in ever advancing to management, Jessica responded with a resounding “no thank you. I really enjoy what I do. I find it rather therapeutic and would not change it for the world.”

Jessica is a proud mother of two sons, ages 19 and 21. Both are attending secondary education to prepare for life in the business world.

When asked about being one of just two females on a construction site, she responded “the guys are vert respectful toward me and appreciate my work. The same is expected of me as any male performing the same work.”

Jessica comes from a large family. When she arrived to the United States 21 years ago, it was to live with relatives who had already migrated and had paved the way for others in her family to follow. Many work in the trades and a relative hired her into their own housekeeping business while Jessica established herself.

In closing, I asked her if she had any advice for women looking to break into construction. She replied, “be yourself and proud of who you are and what you are capable of accomplishing. Do not let anyone convince you that you are where women do not belong.”